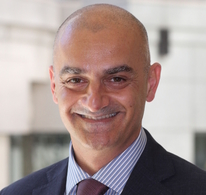 Click on the photo to watch my Presidential Address @ 30 ESTS Conference in The Hague, 20th June 2022
Sawubona: Bridging emotional and cognitive gaps through perspective takings 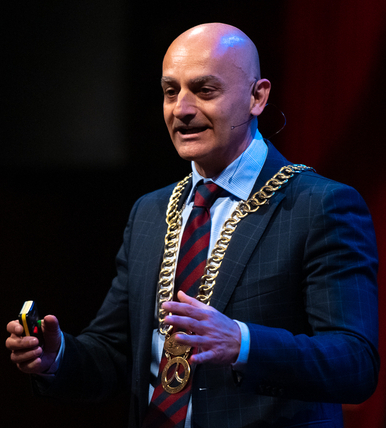 Dr. Brunelli is one of the European pioneers of the uniportal VATS technique for operations on the lung and medistinum.

In 2007 Dr. Brunelli started the program of VATS lobectomies in Ancona, one of he first surgeons to perform such procedures in Italy. This type of procedure allows for a shorter hospital stay and a faster recovery from operation. He is now one of the busiest thoracic surgeons in UK performing 70-80 anatomic lung cancer resections each year (75% by VATS).

See some of my video of VATS procedures

He is a member of the Minimally Invasive Thoracic Surgery Interest Group (MITIG) of the European Society of Thoracic Surgeons (ESTS).

Dr. Brunelli served as the 30th President of the European Society of Thoracic Surgeons (2021-2022), former Secretary General of the Society for 9 years and member of many committees and working groups of the same Organization (i.e. Executive Committee, Database Committee, Annual Meeting Committee, Educational Committee).
He has been the Director of the ESTS Database from 2008 to 2012 and he is an active member of the faculty of the ESTS School of Thoracic Surgery.

He was honoured with the Distinguished Scientist Honour Lecture by the American College of Chest Physicians during the Chest Annual Congress in Montreal 2015.

Dr. Brunelli is the Chair of the European Respiratory Society/European Society of Thoracic Surgeons joint task force appointed to develop guidelines for the selection of patients for lung resection and is the lead author of the Physiologic Chapter in the third edition of the American College of Chest Physicians guidelines for diagnosis and management of Lung Cancer.